by Mirian Chris
in Naija News
0 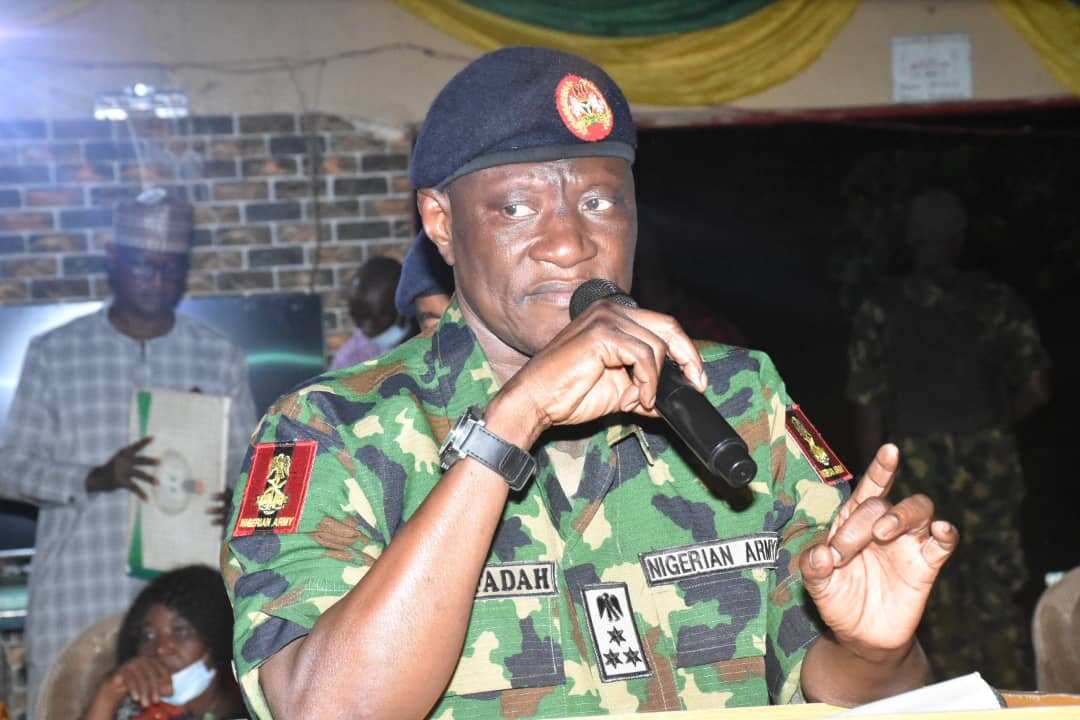 The Concerned Citizens Forum (CCF) has called for strict punishment for the recently dismissed former director-general of the National Youth Service Corps (NYSC), Brigadier General Mohammed Fadah to serve as a deterrent to other public officeholders.

At a press conference in Abuja, the group demanded that Fadah returns all his earnings as NYSC DG and salaries from the Nigerian Army since October 2020.

In his address, Musa Attah, the national president said it stands by the petition written against Fadah to demand his sack.

Attah said that not only is the Brigadier General unqualified for the job, but he also displayed gross incompetence within the six months he was in charge of the scheme.

The Concerned Citizens Forum, therefore, rubbished a report by a group, Yobe Elders Forum, which attempted to exonerate Fadah of any wrongdoing.

“We find it shocking that rather than arranging for legal representation to help the disgraced general reduce whatever sentence would come his way from a possible trial in court, the group is alleging that people conspired against him to have him booted out of office.

“For history not to be distorted in favour of law breakers, it is pertinent to remind Nigerians, particularly the Yobe Elders Forum that President Muhammadu Buhari fired Brigadier General M. K Fadah owing to gross incompetence, which we reasonably believe stemmed from his lack of qualification to have occupied the post in the first place.”

Attah added that following all the allegations against Fadah, the Forum demands that in the interest of justice and fairness, the former NYSC DG should be made to refund all earnings and allowances he got while in office, the same having been obtained fraudulently.

“As we insist that there must be consequences for Fadda’s fraud against Nigeria, the Concerned Citizens Forum shall continue to monitor the situation to ensure that he pays for his crime against Nigerians, especially those who comply with the law of the land.

“The NYSC Scheme is too central to Nigeria’s unity and social cohesion for a fraud to have led it even for six months.”

Fadah lost his job as the director-general of the National Youth Service Corps recently.

The immediate past NYSC DG who was appointed DG of NYSC in May 2022, took over from Major General Shuaibu Ibrahim as the 19th person to hold the position.

The Yobe Good Governance Initiative says Fadah’s sack was initiated by corrupt officials in the NYSC.

© 2022 THETALK.NG. All Rights Reserved. THETALK.NG is owned and managed by KINGSPARO MEDIA